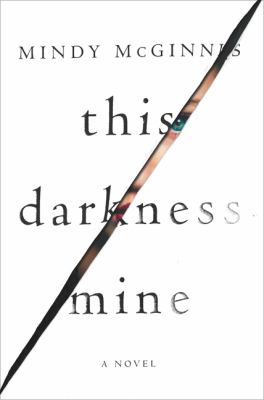 Buy now at thriftbooks.com – Currently $16.13 for hardcover which means you’ll get free shipping! Click the cover above for more information!

Sasha Stone knows her place—first-chair clarinet, top of her class, and at the side of her oxford-wearing boyfriend. She’s worked her entire life to ensure that her path to Oberlin Conservatory as a star musician is perfectly paved.

But suddenly there’s a fork in the road, in the shape of Isaac Harver. Her body shifts toward him when he walks by, her skin misses his touch even though she’s never known it, and she relishes the smell of him—smoke, beer, and trouble—all the things she’s avoided to get where she is. Even worse, every time he’s near Sasha, her heart stops, literally. Why does he know her so well—too well—and she doesn’t know him at all?

Sasha discovers that her by-the-book life began by ending another’s: the twin sister she absorbed in the womb. But that doesn’t explain the gaps of missing time in her practice schedule or the memories she has of things she certainly never did with Isaac. As Sasha loses her much-cherished control, her life—and heart—become more entangled with Isaac. Armed with the knowledge that her heart might not be hers alone, Sasha must decide what she’s willing to do—and who she’s willing to hurt—to take it back.

Edgar Award–winning author Mindy McGinnis delivers a dark and gripping psychological thriller about a girl at war with herself, and what it really means to be good or bad.

This is probably one of the most twisted, f*ed up books that I’ve read in a long time and I don’t necessarily mean this in a bad way.

The book was creepy enough with the idea that Sasha’s absorbed twin might be controlling her heart but the ending of this book was seriously one of the most messed up things that I have ever read. (No spoilers on this part! You have to read it for yourself!)

I’ll be honest that this book was not perfect and did leave a lot of things unanswered. For example, Sasha was a perfect student, the best musician in the school and has spent her entire life striving for perfection and then all of a sudden she just changes without any warning. I would have liked the author to include more back story that shows that these changes were happening gradually over time rather than overnight which seems unrealistic.

Looking at that list, you’d think that I didn’t enjoy the book, but oddly I did lol. I found the characters to be well written and really enjoyed the other patients at the medical facility where Sasha was staying. Sasha’s character kind of gives off that Mean Girls vibe of her being Queen Bee surrounded by her worker bees. Sadly, she’s such a bitch to her friends that I found myself not feeling any sympathy to her predicament until she discovered her heart condition and it seemed like she was having a change of heart (no pun intended 🙂 !)

I think the author did a fantastic job of weaving a dark and twisty story that messes with your head and that’s why I rated this book so highly. It’s easier to overlook the many questions you have when an author is doing such a great job of screwing with your head in the process. And even though I did have questions afterwards, this did not stop me from being unable to put this book down. And while I had an idea of how I thought the book was going to end, I once again was proven wrong lol.

All imperfections glare in the spotlight.

All the stupid people I know are happy.

Mindy McGinnis is an Edgar Award-winning author and assistant teen librarian who lives in Ohio. She graduated from Otterbein University with a degree in English Literature and Religion, and sees nothing wrong with owning nine cats. Two dogs balance things out nicely.

Mindy runs a blog for aspiring writers at Writer, Writer Pants on Fire, which features interviews with agents, established authors, and debut authors. Learn how they landed their agents, what the submission process is really like, and how it feels when you see your cover for the first time. Mindy does query critiques every Saturday on the Saturday Slash for those who are brave enough to volunteer.

Check out these other reviews from my awesome fellow bloggers!