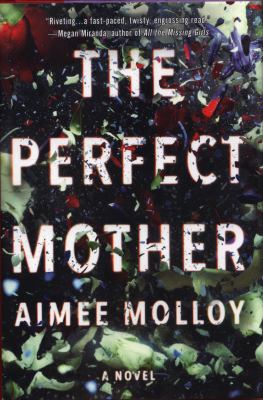 Buy now at ThriftBooks.com – Currently $5.97 for hardcover! Click the cover above for more information!

They call themselves the May Mothers—a collection of new moms who gave birth in the same month. Twice a week, with strollers in tow, they get together in Prospect Park, seeking refuge from the isolation of new motherhood; sharing the fears, joys, and anxieties of their new child-centered lives.

When the group’s members agree to meet for drinks at a hip local bar, they have in mind a casual evening of fun, a brief break from their daily routine. But on this sultry Fourth of July night during the hottest summer in Brooklyn’s history, something goes terrifyingly wrong: one of the babies is abducted from his crib. Winnie, a single mom, was reluctant to leave six-week-old Midas with a babysitter, but the May Mothers insisted that everything would be fine. Now Midas is missing, the police are asking disturbing questions, and Winnie’s very private life has become fodder for a ravenous media.

Though none of the other members in the group are close to the reserved Winnie, three of them will go to increasingly risky lengths to help her find her son. And as the police bungle the investigation and the media begin to scrutinize the mothers in the days that follow, damaging secrets are exposed, marriages are tested, and friendships are formed and fractured.

The premise of this book is truly a mother’s worst nightmare. Essentially, the main character, Winnie lets her guard down for one moment to have a girl’s night out and *poof* her son disappears while she is out. The rest of the plot is told from many view points – Winnie’s, as well as other mother’s from the mommy group, as they all try to wrap their head around what happened that night and try to figure out what happened to Midas, Winnie’s son. This book will

take you on an emotional roller coaster as you put yourself in Winnie’s shoes while she tries to wrap her head around her son going missing. Then you are put into the other mother’s shoes as they worry about their own children and try to help solve the mystery of Midas’ disappearance as well as deal with the guilt of pressuring Winnie into coming out with them the night they disappeared. As the media coverage becomes more extreme, they are all left to wonder if Winnie could have planned this herself….. This one will keep you guessing until the very end!

If only the words Nell spoke that day—her head tilted toward the sky, her features swallowed by the sun—hadn’t been so prescient: Bad things happen in heat like this.

In fact, the US is the only country besides Papua New Guinea that doesn’t mandate paid leave. The United States. The country of family values.

“Why does everybody like to tell new mothers what we’re about to gain? Why does nobody want to talk about what we have to lose?”

AIMEE MOLLOY is the author of the New York Times bestseller However Long the Night: Molly Melching’s Journey to Help Millions of African Women and Girls Triumph and the co-author of several non-fiction books, including Jantsen’s Gift, with Pam Cope. The Perfect Mother is her first novel.

Show some love to my fellow bloggers who also reviewed this book!